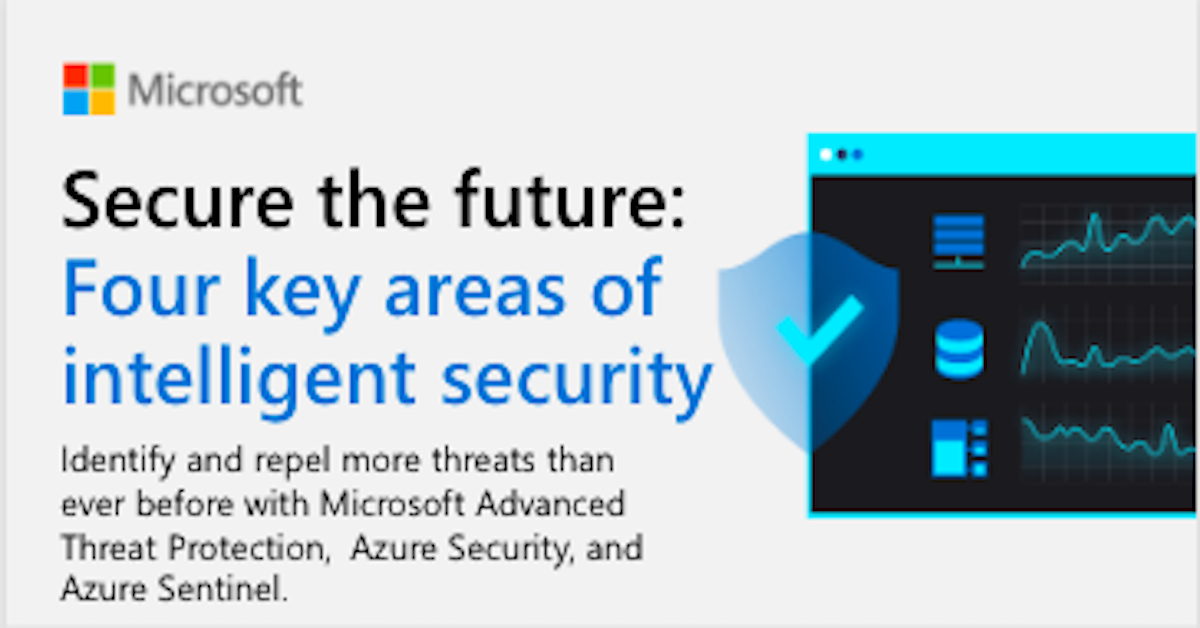 Identify and repel more threats than ever before with Microsoft Advanced Threat Protection, Azure Security, and Azure Sentinel. Take a look to learn more about intelligent security solutions for your entire enterprise. 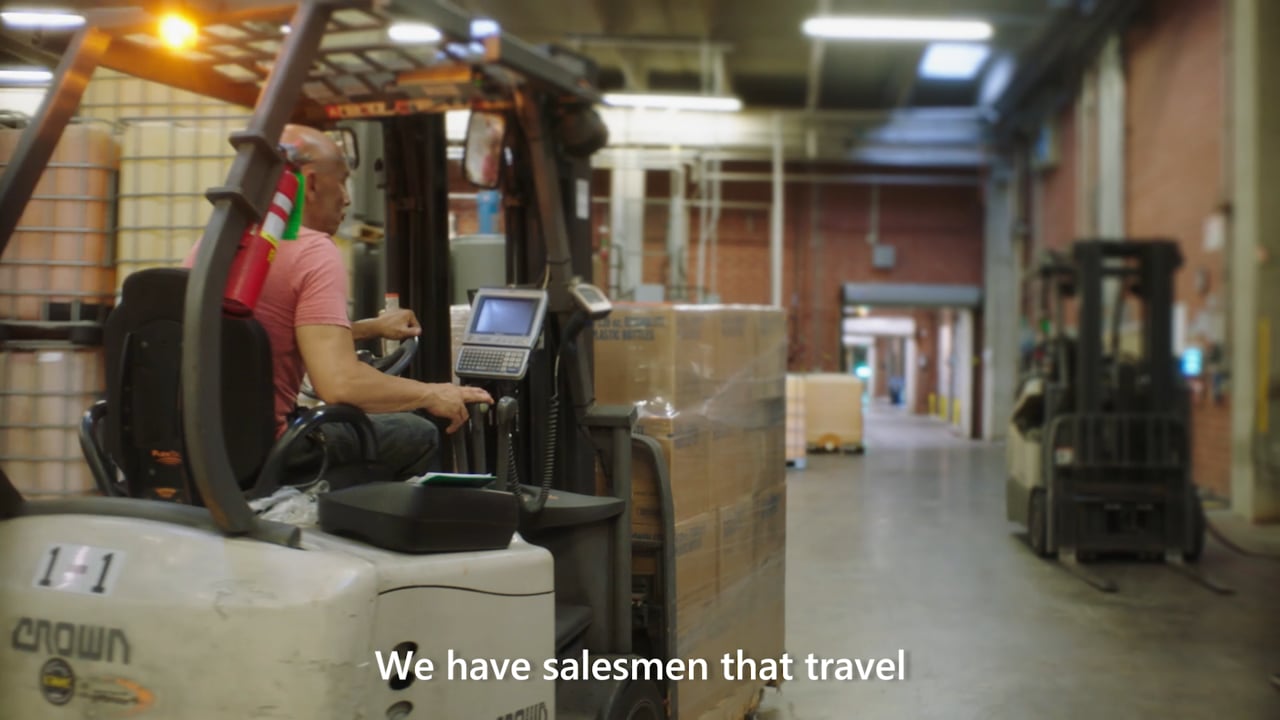 Although Garner Foods is based in South Carolina, they sell hot sauce and Green Mountain Gringo brand products all over the world. With digital tools, their projects are easily managed remotely, and team members can work from anywhere.

Garner Foods chose to partner with Microsoft 365 Business to easily onboard new employees and to secure company data stored on countless devices. With employees and sales representatives traveling all over the United States, being able to securely work and collaborate from any device has played a huge role in the company’s ongoing success. 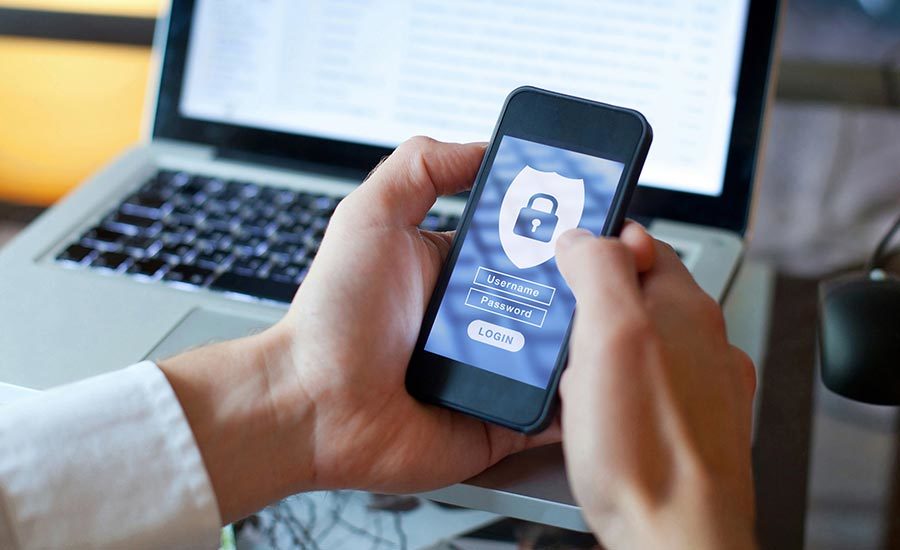 Small and Mid-Size Businesses Need to Focus on Cybersecurity

Contrary to popular opinion, small and mid-size businesses are at a greater risk for a cybersecurity attack than large corporations. But because many SMBs assume they’re not at risk, they rarely invest in security measures that could save their businesses.

Why Are Small and Mid-Size Businesses at Risk?

Regardless of the size of your business, cybercriminals who want to access your network will take advantage of any vulnerable attack surface. A single unprotected or improperly secured edge device can be all they need to access an entire system.

According to the Verizon Report, cyberattacks can occur in several different ways. 48% of last year’s breaches featured hacking while 30% included malware. Other less prevalent but still dangerous methods of attack were social attacks, privilege misuse or physical breaches.

A comprehensive approach to security is crucial for keeping cybercriminals at bay. Unfortunately, when it comes to the cybersecurity of physical security systems, many smaller organizations have a relatively haphazard approach. They roll out disparate solutions for access control and video surveillance which puts them at greater risk. And, as they grow or evolve, they add new cameras or technology as and when they can find the resources rather than developing a strategic plan to upgrade their system as a whole. This means that they may not be aware of potential points of attack on their evolving physical security network.

In addition, SMBs don’t always have a clear cybersecurity strategy that they communicate to every member of their team. The Verizon Report states that nearly one-fifth of system breaches occur because of human error. This can happen when an employee clicks on the wrong link or doesn’t adequately secure a device. Like any organization, an SMB can mitigate these errors through training and organization-wide awareness.

This takes a commitment from senior executives as well as an understanding of what is actually at risk. Unfortunately, SMBs tend to think that, because they aren’t dealing in billions of dollars, cybercriminals won’t bother attacking their networks. While they may believe they have less to lose to a cyberattack than these organizations, they are actually at a greater risk that their business might not survive the fallout or clean-up.

The Impact of a Data Breach on SMBs

When a multinational or global company is attacked, the cost can be astronomical whereas, according to the Ponemon Institute, the average cost for small businesses to clean up after being hacked is about $690,000 and, for middle market companies, it is over $1 million.

To an outsider, this may seem less significant in comparison with the high-profile cases that make it to the top of the news cycle, but these costs represent a huge financial burden for an SMB. In fact, according to the U.S. National Cyber Security Alliance, 60% of small companies are unable to sustain their business more than six months following a cyberattack. They frequently just don’t have the resources. 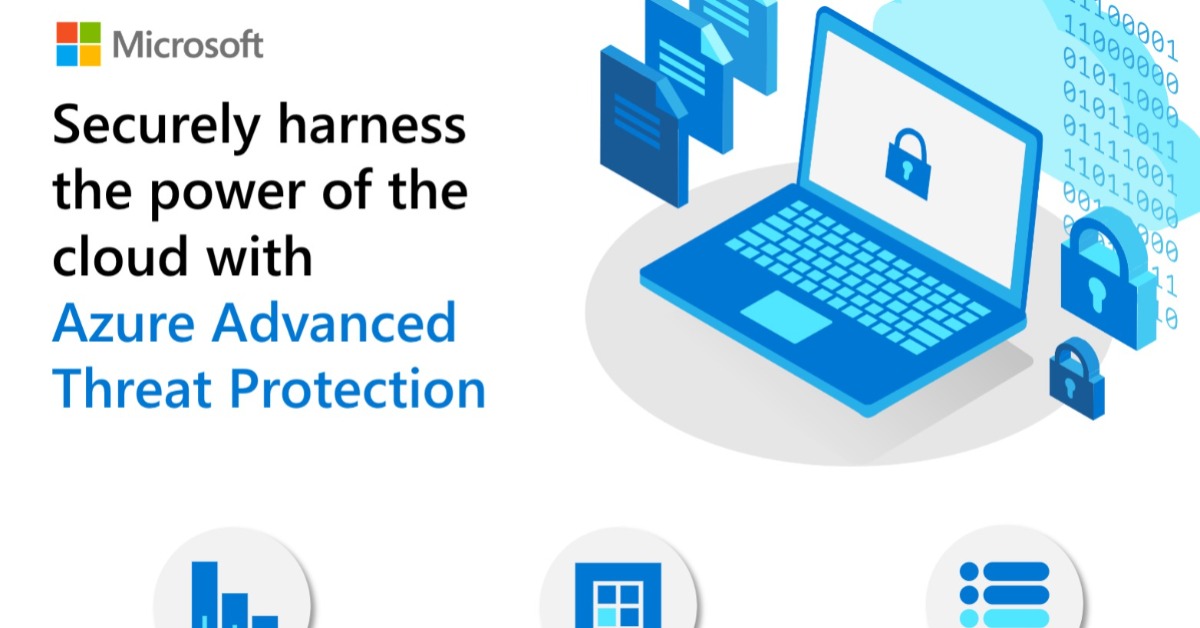 View: Securely harness the power of the cloud with Azure Advanced Threat Protection 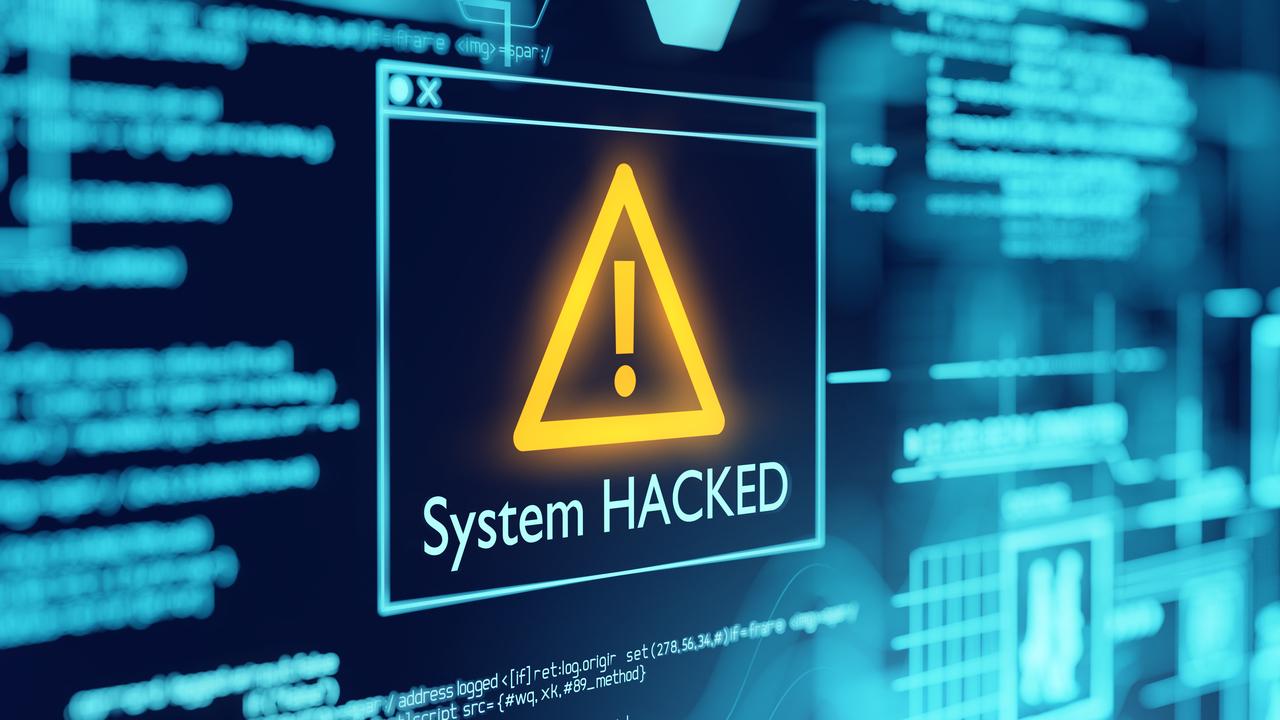 Don’t be hindered by cybersecurity threats

By Solutions IT Latest News, Microsoft

We know how busy it can be to run your own business. You need to focus on your business and don’t have time to be hindered by cybersecurity threats.

Check out this infographic below for a quick view of industry trends, pain points, proof points, and more on why you should upgrade to Microsoft 365 Business. For more information on how we can help secure your business’ data, contact one of our experts.

Protect your business from threats

By Solutions IT Education, Latest News, Microsoft No Comments

Kickstart your year with Microsoft Australia. As the 2021 school year begins, this EduDay will provide an opportunity for K-12 teachers to explore new ideas and resources for empowering their students’ learning and improving teacher productivity. Set up your teaching year with success and sign up for one, some or many sessions where you will learn from classroom teachers and Microsoft specialists on how you can make the most of the educational technologies you already have access to. Register now for the free virtual sessions! 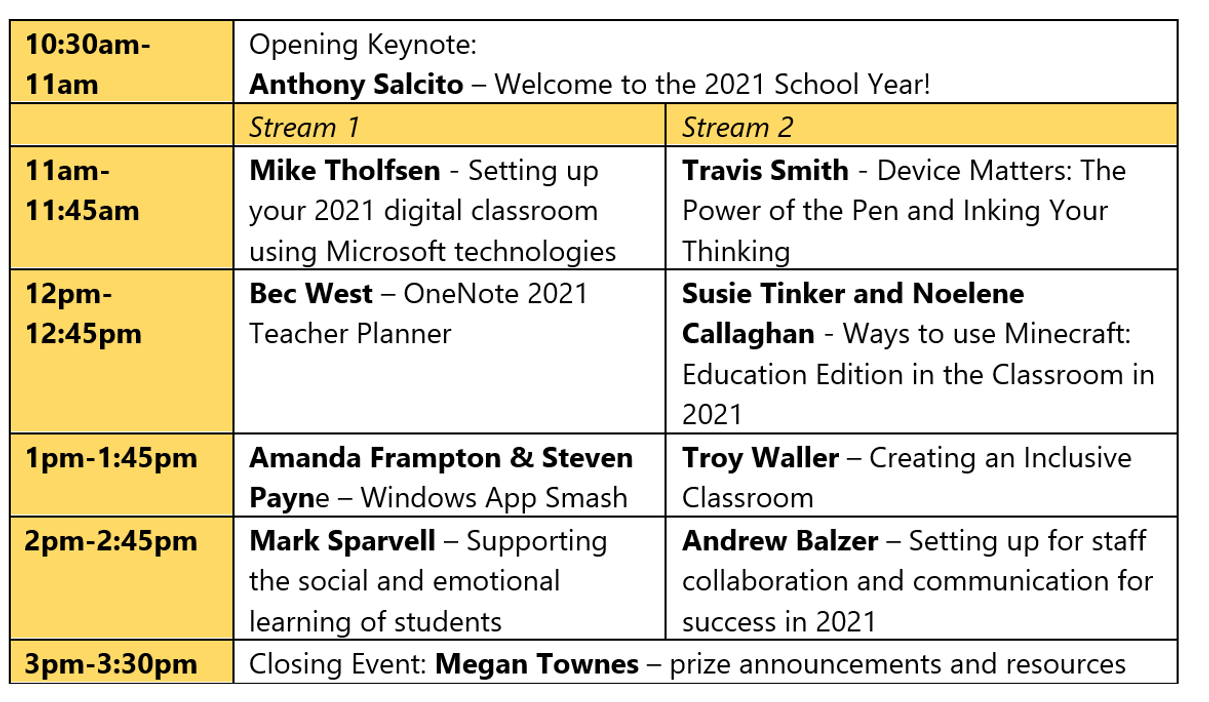 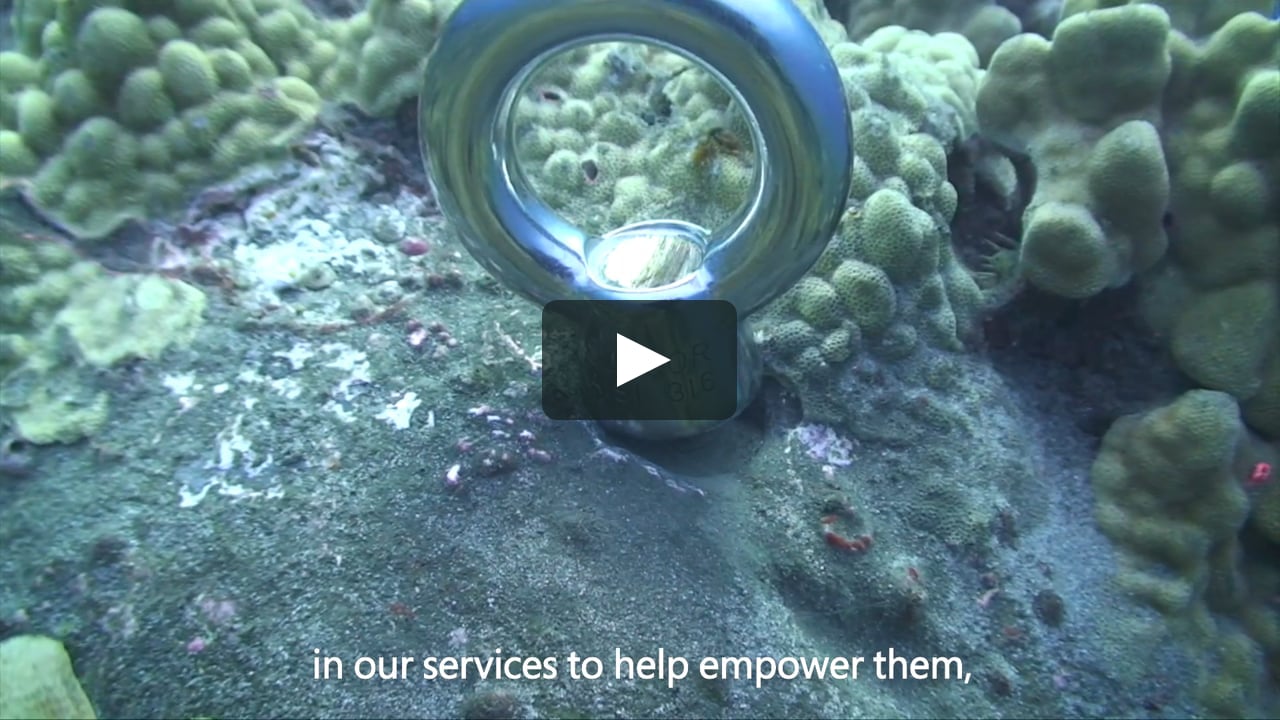 By Solutions IT Latest News, Microsoft

Protect your business with security solutions from Microsoft

Jack’s Diving Locker, a scuba diving and snorkel educational facility, uses Microsoft 365 Business to securely run their business and to streamline their outreach efforts. Since adopting a cloud-based security and communication solution, its founders have grown their business from five sets of gear and a Volkswagen van to a company with two retail stores and five boats at two harbors. They use security tools, like Microsoft Intune, to protect company data and devices and to ensure that business is conducted securely and efficiently. With help from Microsoft 365 Business, Jack’s Diving Locker has expanded into a global ocean conservation and education company, teaching people all over the world to preserve and protect our oceans.

With cloud-based features that defend your company against phishing campaigns, ransomware, and data loss, you can ensure that your data stays safe. Contact one of our SMB experts to find out more. 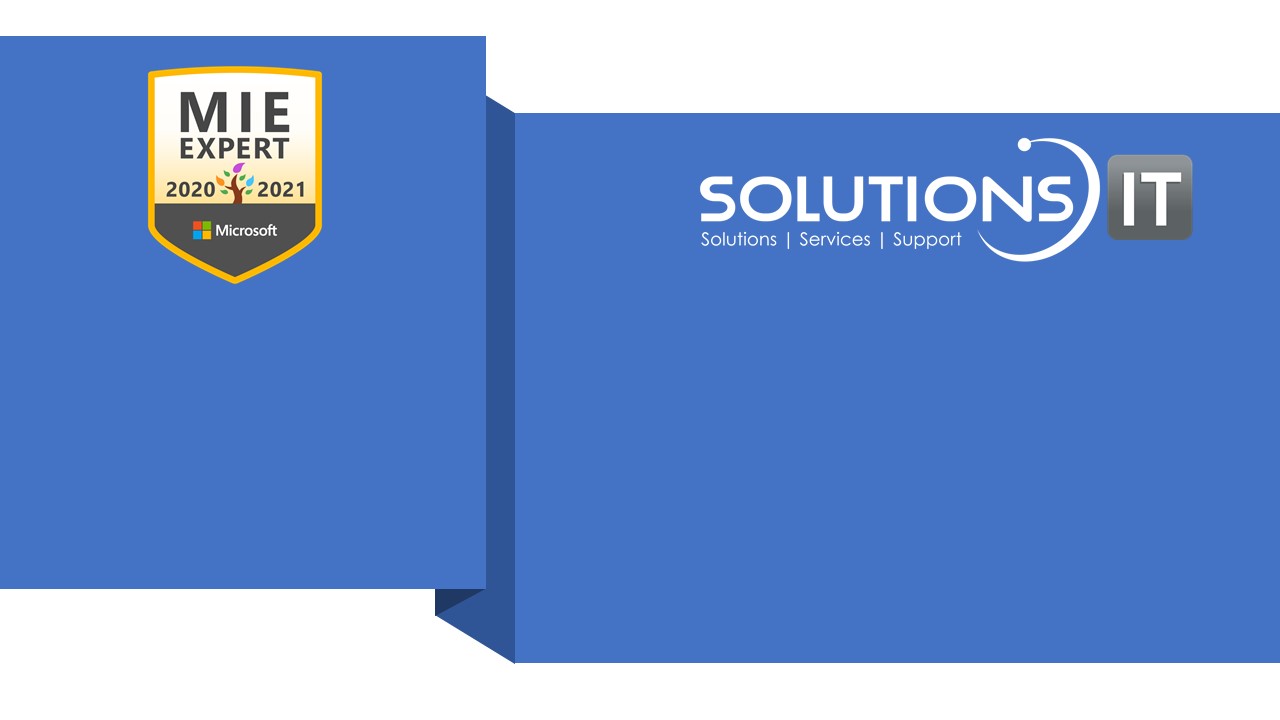 By Solutions IT Education, Microsoft No Comments

Join us as we explore how these MIE Experts are using Microsoft tools to enhance teaching and learning in their classrooms.

By Solutions IT Education, Latest News, Microsoft No Comments

Join us for the 3rd MIEE webinar as we explore how these MIE Experts are using Microsoft tools to enhance teaching and learning in their classrooms. 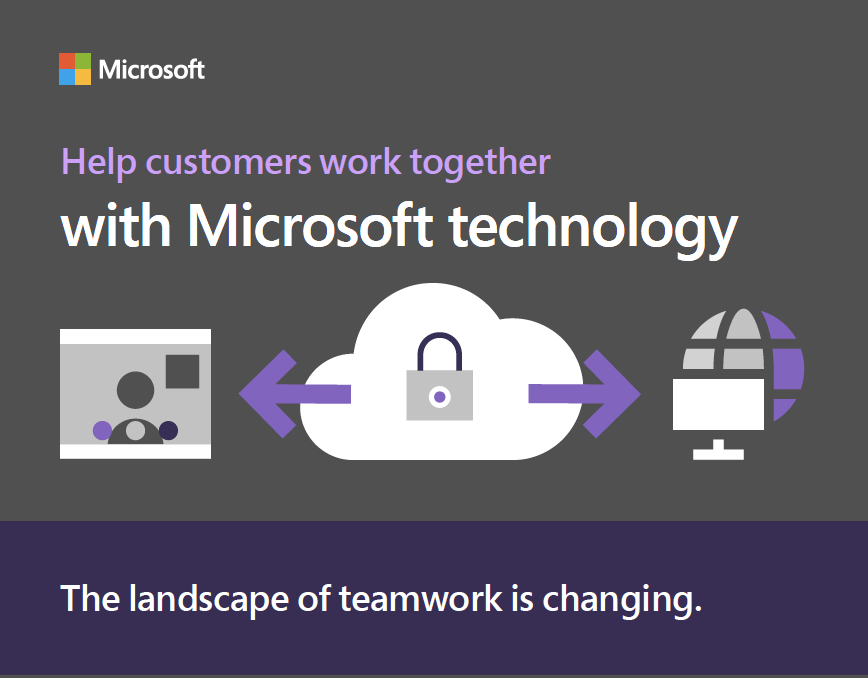 The landscape of teamwork is changing. Did you know that 83% of employees depend on technology to work together?

We know many businesses struggle with disjointed file sharing and dispersed resources. If it sounds like we’re describing your company, don’t worry–we can help.

Now you can take the hassle out of workplace communication with Teamwork solutions from Microsoft. With an integrated Teamwork solution, your employees can bring their teams and resources together, connect with users outside the company, and even work remotely. What are you waiting for? Check out this infographic for more on how your company can benefit from a comprehensive teamwork solution.